Mike found where a coyote had killed a beautiful black ewe leaving two orphan lambs. The kill this time was next to the camp trailer not far from the pen. Typical coyote kill to the throat, intestines eaten out.

Hopefully, the lambs are large enough to maintain on their own. Feeling sad.

The morning started out crisp, but warmed into a beautiful day.

Mike fed the cattle and checked water. Wes worked on paperwork in the morning. Drove to Yreka in the afternoon. Home after dark. Found the sheep and penned them for the night. All sheep with bells accounted for…including Tinkerbell and Jacky.

Dad fed cattle and checked the stock water. New calves born daily. We have a new president today. Made cream of chicken soup for dinner. 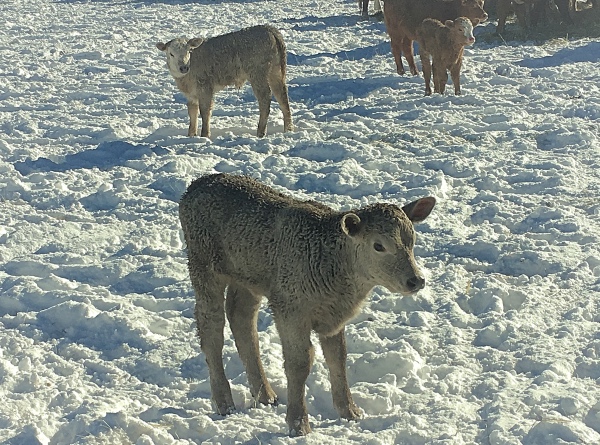 Warm and cloudy Stella was sick. In bed most the day.

The wind blew fiercely all night. Awoke to about 4 inches of snow this morning.

Mom made donuts, scrambled eggs, and bacon for breakfast. Dad fed the cattle and loaded hay for tomorrow. Shoveled the deck and sidewalk.

The day warmed into the high 30s. Some of the snow melted.

Warm and pleasant some fog. Received letters from Andrew, Maudie and Margurita*.

Today was warm and sunny after a low of 14 degrees.

Mike fed cows and checked to see if cows were calving.

Dad and Mom made homemade venison sausage. It was an all day/night project…cutting the deer meat, and hog fat into small pieces, seasoning the meat to perfection, grinding the meat into sausage. Then grinding it a second time and stuffing it into the casings. The 25 lbs. of sausage is now smoking in the smoker and in the Traeger. The sausage needs to smoke for at least 5 hours and reach an internal temperature of 152 degrees F. It is a slow process, but the finished product is worth the wait. Delicious! 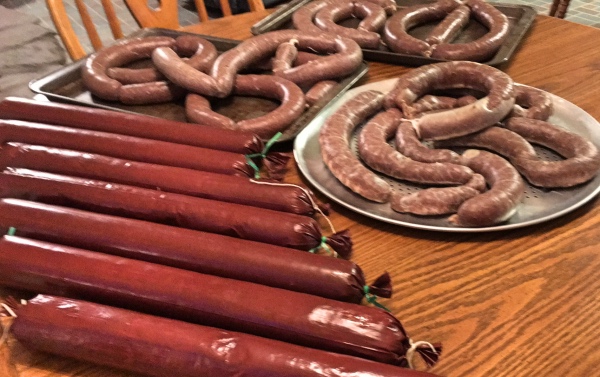 Will went to Montague. Stella has been very sick all night & all day. 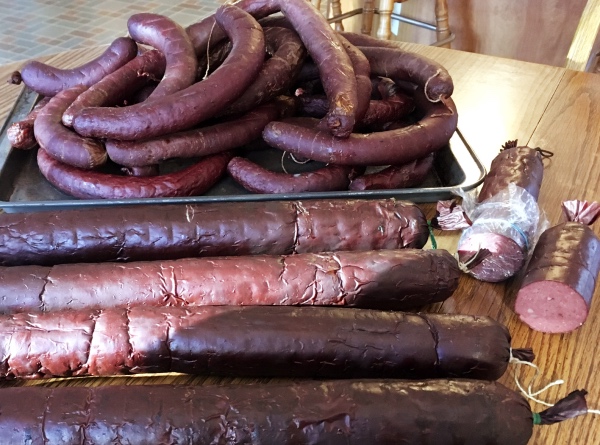 Gloomy day fog in forenoon. Mrs. Ed. Hart* visited all day with Stella and I. Stella is some better.

*Wife of Edwin Hart. His father was killed in Civil War while serving under General Grant. Being left alone his mother Louisa Miller Hart came to Little Shasta via the Panama to live with her brothers John & George Miller. To read more on Miller/Hart history see The Siskiyou Pioneer 1963 page 27.

Mike and Rikki fed cattle today. Dad and Mom met with the fencing company. They plan to put up a new yard fence to replace the one wore down by cattle & horses leaning over it for green grass during the summers.

Lovly day just like spring. Stella is no better. Will sent for Andrew.

It is still cold with a couple of inches of frozen snow.

Dad and Mom drove to Hatfield this afternoon to pick up potatoes for friends in McCloud
who help us out in the fall with cattle sighting tips.