Lovly day.  Andrew  came to see me. Stella is some better. 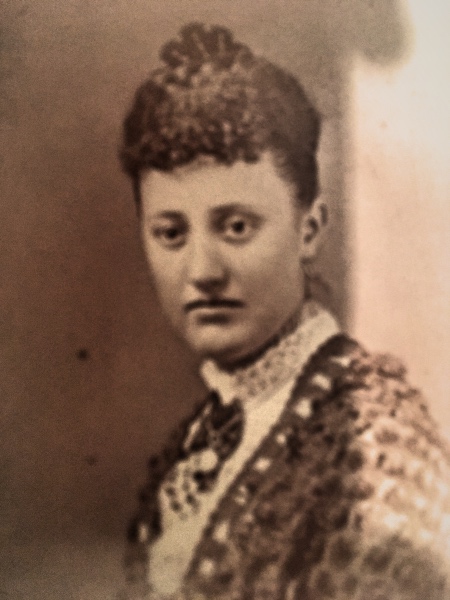 Today was warm and sunny. Cattle were fed.

There was bustle of activity in the valley:

Fish and Game here to study the decline in deer numbers, running hounds to catch, collar, and track mountain lions, and rumored sighing of a wolf.

Saw first hand the huge tracks that followed the rim rock as it passed through the ranch.  Lots of traffic up and down Redrock Road chasing hounds and wolf watching.

Lovly day just like spring. Andrew moved me over to Mrs Burr’s to be waited on because Stella was sick.  Maggie Boyes came to see Stella and I.

Mike fed cows and checked on the new calves. Mom & Dad left for a couple of days to spend time at the cabin in the woods.

They snowshoed into the cabin and dug the snowcat out of 5 feet of crusty snow and ice. 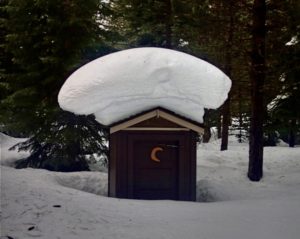 Stormy and cold.  Andrew went home.  Maggie called to see me on her way home.

Showers most the day.

Mike fed cows. Mom & Dad packed up the snowcat and headed out to the 6 wheeler; then loaded up the pickup and drove home.

Dad, Colin, and I fed cattle. 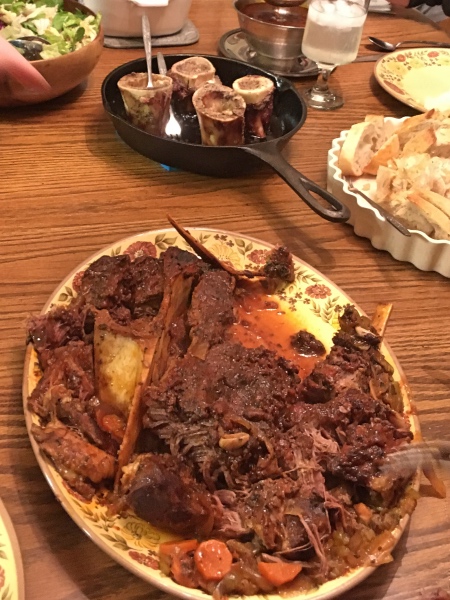 Dad, Colin, and I fed cattle.

Drove to Shasta Valley to attend Working Circle Meeting in am.

Working Circle Meeting lasted all day into thew evening.  The goal is to prevent and reduce wolf-livestock depredation by merging ranchers’ knowledge of their land, livestock, and grazing experience with large carnivore biology and behavior.

Dad and I drove back to Yreka to pick up meat.  Colin & Mom staid home & took Jackie lamb for a picnic hike. 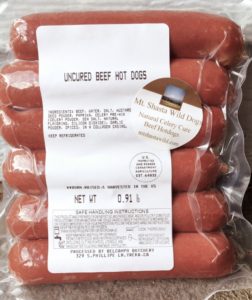 Windy & cold.  Separated beef in quarters and consumers picked up.

Cloudy and warm.  Nothing to do and homesick as I can be.

Warm, rainy morning. Frost is going out and everywhere is muddy. Fed cattle with the pickup and trailer. Got stuck a couple of times and had to be pulled out with the New Holland. Spent the day in Yreka on business. When we returned, we found that one of the new twin lambs had disappeared. That makes two lambs in the last week.

Cold wind and snow.  Will Burr and wife taken dinner with us.  Commenced knitting — white a skirt.

Cold miserable day 4 inches fresh snow, Will Hart called to see me.  I am feeling quite poorly to night.